He’s a Karate Kid from the Liberties who suffered sexual abuse, poverty and a long list of personal tragedies. Despite these obstacles, Derek O’Neill has transformed countless lives worldwide and now rubs shoulders with Christina Aguilera and Simon Cowell. Here, he talks about following in the footsteps of Bono and Winston Churchill…

You’ve never heard of Derek O’Neill. By his own admission, he is one of Ireland’s best-kept secrets. But for the past 15 years, Liberties-born Derek has been quietly transforming the lives of countless people.

After witnessing devastating poverty in India, he set up the charitable SQ (Spiritual Quotient) Foundation to build schools, hospitals and other practical institutions in the world’s poorest regions.

It now operates in 11 countries, and 97 per cent of all money raised goes directly to source. Derek absorbs most of the administration costs. To date, he has helped more than 35,000 children.

He should be a household name for his humanitarian work, yet most of us have never heard of him.

Derek’s also an author, transformational therapist, motivational speaker and adviser to some of the world’s top business leaders. He rubs shoulders with Samuel L Jackson, Morgan Freeman and Christina Aguilera. Oh, and he knows Simon Cowell. If you don’t think that’s an impressive CV, then keep it to yourself. You don’t want to annoy Derek: he’s also a master of the martial arts.

Next Sunday, Derek will be honoured with Variety International’s prestigious humanitarian award at its world conference gala dinner in Dublin. Past recipients have included Winston Churchill, Bono, Henry Kissinger and Frank Sinatra. The accolade may finally bring him out of the shadows where he’s been labouring so long.

Forty-eight-year-old Derek is not what you would expect in a man who was raised by an alcoholic widow and has braved poverty, sexual abuse and the perils of kung fu fighting. He is gentle, eloquent and has surprisingly small hands for a warrior. They look more suited to arts and crafts than the craft of martial arts. His neatly cropped hair is a reminder of his time in the army.

“I was born with a full mop of black hair – they called me the fifth Beatle when I popped out of my mother on the dance floor,” he jokes, referring to the fact that he was born at Dublin’s Rainbow Club disco.

One of seven siblings, Derek comes from a classically poor Liberties background. “My dad worked in Jacob’s earning just the basic wage. There were nine of us in a one-bedroomed ‘artisan dwelling’. We took turns sharing the bed,” he laughs.

He was a loner as a child and would sit by himself in Patrick’s Park or down by the Dodder all day, meditating. His love of solitude and the outdoors earned him the familial nickname of “Nature Boy”. It also earned him some unwanted – and scarring – attention.

“We lived close to the Iveagh Lodgings and there would often be ‘dirty old men’, destitutes, hanging around. When I was six, I went to the toilet in Patrick’s Park and was sexually assaulted by one of them.” 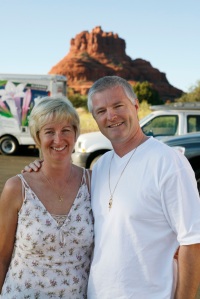 His experience of sexual abuse didn’t confine itself to St Patrick’s Park. Derek’s brother Brian was raped and beaten in the notorious Letterfrack Industrial School.

He had been sent there for three years after “borrowing” the local butcher’s bike. He was eight years old.

“Brian was a fun-loving boy and just wanted a go on the bike. The butcher thought he was trying to steal it. He had a horrible time in Letterfrack and used to be beaten with a hurley and sexually abused.

“Brian developed alcohol and drug problems in later life. He was one of the first people to sue the religious orders and won his case in 2004. He left the courtroom and had a heart attack. A few days later, he died. It was as if he had been holding on for years to have his day in court.”

In 1970, the O’Neill family moved to Tallaght. His father was told, in neo-Cromwellian fashion, to go to the fields of Belgard or lose his job.

“It was like an ‘ethnic cleansing’ of the Liberties. My mother absolutely hated it. She was a real Liberties woman. I, on the other hand, loved it as I hadn’t been ‘Libertised’. There were open fields and rivers, and I made new friends.”

The O’Neill’s new house had all the ‘mod cons’. “We had a cooker with an electric ring. Back in John Dillon Street we had had a gas cooker. I remember my sister once put me up on the gas rings to tie my laces. They hadn’t cooled down fully and I burned my backside. I’ll always remember that gas cooker.”

Derek’s new life in Tallaght wasn’t all idyllic. At the age of 10 he was sexually abused a second time.

“One day this man followed me into a toilet to rape me. I could feel him between my legs. I ran home and told my dad. He didn’t believe me.” Brian eventually persuaded him to investigate Derek’s claim. The abuser subsequently moved out of the area. Derek later heard he had died of cancer.

“Years later, when I was 18, I spotted the man on a train. He was supposed to be dead. I asked if he knew who I was. ‘Sort of’, he replied. I lost control and started beating him. The older me was finally able to stand up for the younger me.”

Shortly after this, Derek entered the army. He hated it and left after six years, in his mid-20s with a wife (Linda) and two kids (Gavin and Orla) to provide for. “I did a bit of everything I could. I cleaned windows, cut grass…” His gardening work led him, indirectly, to seek psychotherapy.

“I had a terrible phobia about wasps, so I went to a psychotherapist. During our session I remembered that there had been a wasp in the toilet when the man tried to rape me. That was when I knew I needed therapy to deal with the abuse.

“I didn’t have any money and discovered that it was cheaper to study to become a therapist than pay for more sessions. There were social welfare grants.” Three years later, Derek was running a successful practice with a nine-month waiting list.

In 1998, Derek and Linda travelled to India for a holiday. The journey would change their lives. “We flew into Madras and while we were pushing through the crowds, we noticed a group of street children. We thought they were playing in a sandpit. It turned out they were amputees. We were told that criminal gangs inject these children with bleach to deform them. It makes them more valuable as beggars.

“Linda and I decided that, from then on, we would just take what money we needed to live on and give the rest to charity.” They went on to raise millions for the impoverished children of the subcontinent.

“The worst thing I have ever seen was a toddler with leprosy. I picked him up and his flesh fell off – practically his entire arm. There were villages full of children like him.” Derek’s spiritual nature and psychological training helped him to cope when faced with such horrors.

Yet another horror – 9/11 – drew Derek to New York, where he held his first ‘More Truth Will Set You Free’ psychology-meets-spirituality workshop. He now tours the United States, sharing his experiences with thousands of people and “empowering them to help themselves, as I have done”.

He even helped Spiderman find his mojo again. Derek was called in after the disastrous opening of Bono’s Broadway musical to “harmonise” the show’s cast and producers. The show went on to become a success.

Between their charity work and Derek’s burgeoning US career, the O’Neills appeared to have it all. That all changed on August 25, 2008.

“I fell in love with Linda when I was 18. We just knew we were for each other. Less than a year later, we were married. She was my right arm. Four years ago, I got a call from Orla who said Linda had a headache and didn’t look great. She was taken to hospital, where she was diagnosed with a migraine and sent home.

“Three days later Linda was dead. She was only 47.”

How do you move on from the death of your teenage sweetheart? Derek’s answer is, unsurprisingly, philosophical: “Death is part of life. We should cry when someone is born and celebrate when they die. Heaven is your rest after the hell of this world.”

I confess to being sceptical about aphorisms like this and the New Age methods of healing his website offers. I tell Derek I have an aphorism of my own, for would-be criminals. “It’s better to find the joy locked inside yourself, than find yourself locked inside The Joy.”

He laughs and it’s easy to see how he attracts thousands to his workshops. He’s instantly likeable. When he says that receiving the Variety Club gong will be the “proudest moment of my career”, there is no doubting his sincerity.

The award came about after a chance meeting with Kevin and Betty Wall of Variety Club Ireland.

“They told me they wanted to buy a Liberty Swing. These enable paraplegic kids to experience the playground thrill of swinging. I was so moved I promised to buy one for every county in Ireland. Kevin (who has since passed away) nominated me for the award. I didn’t think I had a chance of winning it. Hopefully, it will raise awareness here of the SQ Foundation,” he says.

Hopefully, it will raise awareness of this extraordinary Dub as well. He deserves to be recognised.

We shake hands and he leaves to enjoy a day off at Punchestown races. No one takes any notice of this ultimate “secret millionaire” as he exits the bar. Nobody knows who he is.