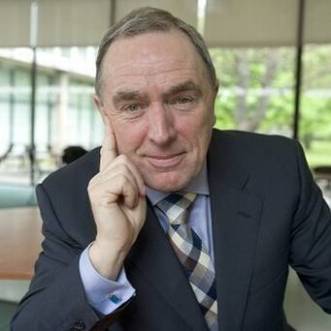 July 1996, and a small, dapper man is marching through the RTE newsroom. It’s the early days of mobile phones and I am about to politely ask Colm Murray where he’s been. I don’t. It’s a stupid question: naturally he has been at Leopardstown.

He is pleased to see me. Colm’s keen, hyper-intelligent eyes always suggested he derived perpetual pleasure from your company. Even if you were barely holding it together and your  synapses were collapsing under the strain of a collosal hangover, which it was on this particular day.

I was a young refugee from the Irish Press. Tony O’Donoghue had created a job for me, sub-editing and sports-reporting on TV’s evening news bulletin. Our weekend team was a rolling roster of Tony, Colm, Anne Cassin and Gareth O’Connor. Gar and I were young hacks around town at the time.

Colm trained me, imparting his wisdom as much by osmosis as deliberate instruction. I tried to sound like him, thwarting my Dub accent; caressing and lengthening sentences, nailing words together to make them fit his unique, lovely delivery style. “Paris St Germaaaainnnnn today…. tasted their …. first …. EVER …Cupwinnerscupsuccess”.

Colm was unflappable and soothing. He was the work-mate equivalent of Neurofen to a partied-out 20-something-year-old.  There were times when he was like a Pulp Fiction-sized shot of adrenalin too…

On this summer day in 1996, I have finished putting the sports section of the Sunday evening TV news bulletin together. Everything is scripted and recorded, bar the Munster and Leinster hurling finals reports.

We split them and disappear with our stopwatches to take goal/point times off the TV and write our respective scripts. They would air back-to-back with Colm adding his voice to the pictures live, rather than as a pre-packaged item.

At 5.55pm, I am starting to get a little nervous. There’s no sign of Colm. He appears, a tissue flapping at his chin, from make-up and picks up his scripts. I relax. Until he asks me a “small favour”. Would I finish his report on the Leinster Final?

“If you could just finish it. I’m a bit behind. I have to head into studio.”

“But I haven’t seen the match.”

“Thanks, Dave. You’re the proverbial ‘star’.” And he was gone.

Fear has now gripped me by the sphincter. I run through the corridors to the editing suites, hoping he hasn’t written his timings on a race card which might now be in his back pocket.

“Cut from the bottom,” I implore the unimpressed VT editor. It’s a phrase we use in newspapers and may be the first time it’s been heard in TV circles. “Just give me one minute of video. It doesn’t matter if the points don’t sync with Colm’s voice.”

The next thing I know, I am flying, like Joan Cusack in Broadcast News, towards the output room where the operator is waiting for my video. I fling it at him and, in one, arcing move he slips it into the player. Miraculously, the first report is just finishing and the tape slots seamlessly into the bulletin. We have avoided ‘going to black’ (an empty TV screen), the worst technical sin in broadcasting.

This was so ‘Colm’. It wasn’t that he was foisting work on me: he had a phenomenal work ethic. He was just flying by the seat of his pants. He knew, instinctively, that it would be ‘all right’. If he didn’t think I could deliver the video, he wouldn’t have asked.

He was the coolest man I’ve ever met. He must have just loved speed. In another life he might have been a champion jockey. His slipstream-enthusiasm carried you past the post. He was exhilirating to work with. But, God, did he cut it fine.

I spoke to Tony and Gareth today. They both loved Colm unconditionally and are heartbroken. My father – who retired from RTE in the 1980s (and tried to discourage me from joining up) –  loved him too. They were horseflesh fans.

Even though it’s been years since we worked together, I’ll always remember Colm as a lovely, warm genius of a man. He was professional and generous with his time. He was wise and funny. He made you feel like you were the only person in the room.

Later, whenever I bumped into him on campus, time would concertina. It was like we had just finished a conversation that took place 10 years earlier.

Colm, who was a teacher, could have turned his hand to anything, but he was – and will always be – one of the best broadcasters this country has produced.